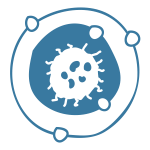 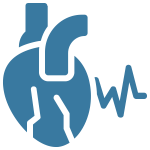 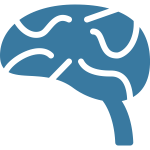 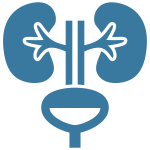 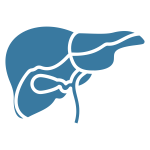 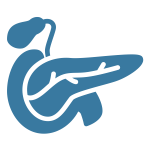 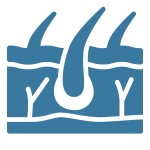 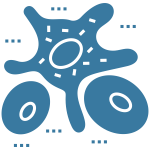 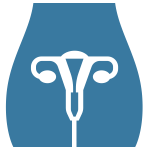 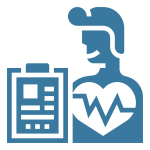 COVID-19 Second Wave:
something to be worried about?

Is second wave strong enough to kill you? Latest updates to show that the second could be near:

Latest reports from mainland China show the highest number of new Covid-19 cases.  The National Health Commission (NHC) announced 21 new cases of Covid-19 infection, up from 13 cases a day earlier in mainland China. Furthermore, 17 new confirmed cases of Covid-19, up from 11 a day earlier, were reported in the Chinese capital – Beijing. This increase in the Covid-19 cases was the highest since June 20.

While India started to gradually ease down lockdowns imposed on 1.3 billion Indians since March, the country has observed a sharp acceleration in the spread of the virus. India has been reporting almost 10,000 new confirmed cases over the week. The country’s cumulative cases now transcended that of Britain, making India the fourth most affected nation worldwide.

In Pakistan, lockdown restrictions were lifted on May 9 due to economic pressure. Since then, the country is facing an enormous increase in new confirmed cases. Of the 23,000 tests conducted daily, an average of one in every five is diagnosed positive for SARS-CoV-2; which is an increase from one positive in every ten tests done in the first wave.

Not too long ago, the situation in South Korea and Singapore was said to be improving, but recently both countries experienced fresh outbreaks which raises concerns over a near second wave.

Spanish doctors diagnosed 167 Covid-19 cases on Tuesday, June 9. On Monday, the reported instances were 84, and the country had hit a record low of 48 cases on Sunday – just two days ago!

Could the second wave be stronger than the first wave?

Chances are high that the second wave could be stronger and more lethal than the first wave. We could see a significant increase in the number of not just cases of infection, but deaths too. This is speculated because viral pandemics tend to have a stronger bounce back than the initial wave.

In 1919, the influenza pandemic had three major waves. The second wave had a stronger mutation than the first exposure to the virus. In fact, the CDC stated that the second wave of the viral outbreak was responsible for most deaths in the United States.

The virus strain is put under pressure once it goes through the first wave; there is a strong chance that SARS-CoV-2 (virus that causes Covid-19) might undergo a dynamic mutation, thereby making it more aggressive and lethal.

According to a report by Bloomberg, numerous Chinese doctors have witnessed coronavirus manifesting differently in patients after the country is seeing the rise in new cases. It suggests that the virus strain is changing in unknown ways, and it is complicating the efforts of healthcare professionals to stamp it out. Patients with possible new viral strains are carrying the virus for a longer period of time, and take longer to test negative for SARS-CoV-2.

Add to that, periodic treatments to patients with existing chronic diseases were hindered or stopped during all this time of the first wave. This could have potentially lowered their immunity and weakened their major organs even further, thereby increasing the potential of degenerative effects by the viral infection. A second exposure to an even stronger variant of viruses could prove more deadly to these patients with existing chronic diseases.

Furthermore, mutations in the virus strains could potentially cause other system complications & diseases other than the respiratory system. Health professionals are already reporting cases of a high incidence of blood clots in patients suffering from a severe coronavirus attack.

In one of the recent studies of Chinese COVID-19 patients, DIC (Disseminated Intravascular Coagulation) was common among those who died. DIC is a condition in which the body’s blood-clot management system fails, which leads to abnormal blood clots or internal bleeding or organ failure. Health issues like kidney failure and liver damages were also reported in patients besides the more commonly known respiratory complications.

Besides respiratory diseases, are there any other diseases that the second wave could cause?

In the present first wave, the novel coronavirus is seen to primarily affect the respiratory system and is closely associated with conditions like acute respiratory failure, pneumonia, and acute respiratory distress syndrome (ARDS). However, analysis of studies conducted on the autopsies of deaths, together studies conducted on latest cases and statistics of new cases have shown this infection to cause medical complications in other major organ systems of the body too. Following are some of the newly discovered complications:

Pulmonologist Wayne Tsuang, MD, says that their team observed a higher rate of blood clots in patients hospitalised with COVID-19. Although no such observation is recorded in people with mild symptoms or asymptomatic, the potential of such should not be ruled out, because blood clots can happen suddenly. A blood clot is a critical medical condition that can lead to a life-threatening illness such as stroke or cardiac arrest.

Rhabdomyolysis is a condition in which your muscles break down, and tissues die. Though it’s rare, researchers have found a link between rhabdomyolysis and Covid-19. As your cells undergo gradual breakdown, a protein called myoglobin accumulates in your blood. If your kidneys are unable to excrete this compound from your bloodstream quickly, it can turn into a medical emergency and cause death.

There are several reports from China that indicated septic shock in people with COVID-19. According to another study, most of the non-survivor patients with COVID-19 (70%) suffered from septic shock.

Which people are at the highest risk of the second wave?

As with the first wave, so with the second wave; the only people that are at the highest risk to COVID-19 are those that have low immunity.

If you have no chronic disease but still desire to know for certain if you have low immunity or not, then there is a list of symptoms of low immunity and medical tests by which you can determine so. This list of symptoms and medical tests are listed in another lesson in this series titled “How to know if I am at high risk to a COVID-19 infection? How do I know if my immunity is low?”; but I urge you to go there after you go through this lesson. Let’s complete this lesson first.

How to eliminate or at least minimise my risk of infection from the second wave?

If you have an existing chronic disease, you need to first seek out an Integrated & Holistic treatment that can help you achieve holistic healing (heal or at least alleviate to the maximum the chronic diseases you have); because if not, your immunity would continue to lower, and immune-boosting therapies (including vaccines) could have minimal effect and not help reduce your risk of contracting COVID-19. Immune optimizing programs/therapies must be done AFTER you first achieve holistic healing (i.e. you must treat your chronic disease first – heal & optimize the condition & function of all the major organs in your body first, prior to pursuing immunity optimisation programs/therapies).

If you have any existing chronic disease, I strongly urge you to come to visit our centre or call in for a phone consultation to learn how we can help you achieve holistic healing and optimal immunity against COVID-19.

If you have no existing chronic disease, then you still need to do everything you can to optimize your immune system and your overall health. Please go to the lesson titled “How to eliminate my risk of being infected by COVID-19?” and the following lesson titled “How to boost my immunity against COVID-19?” to learn what all you can do to normalize & optimize your immunity.

Finally, we summarise & reinforce the answer to the main question of this lesson…

“COVID-19 second wave: something to be worried about?”

What can we offer you in Heal Within™

Heal Within™ is primarily a chronic disease treatment & prevention centre, based on an Integrated & Holistic treatment protocol. Our focus and relentless pursuit is to help chronic disease patients achieve these Three Primary Objectives.

To learn the details of the what & why of these end-objectives, and understand why it is crucial that you establish this in your mind first prior to starting any healthcare treatment or prevention program, please go to Lesson 1 – First, Establish Your End-Objectives (if you not already done so).

We use an advanced Integrated & Holistic Treatment approach, by which we diagnose the root causes to the patient’s diseases by specialised tests in all 10 Pillars of Health, and then treat those specific root causes by specialised therapies that induce holistic healing and not just suppress symptoms as done in main-stream medical treatments.

If you have any chronic disease and not getting the desired positive results from your present treatment, or if you want to optimise your health to prevent occurrences of any chronic disease, or if you want to optimise your immunity for optimal prevention against COVID-19, then just send us an enquiry or come visit our centre and see how we can help you achieve the Three Primary Objectives.

We have both: a comprehensive service in-clinic program, and a DIY-at-home program (i.e. do it yourself at home program).

Click the chat button in the bottom right corner and send all your questions via the inquiry form. A rep will then reply at the earliest possible.

Dr Lee Cheng Lok is the founder & medical director in Heal Within™. This lesson series is a part of his mission to educate & heal patients with chronic diseases, and prevent others from experiencing chronic disease by using an Integrated & Holistic approach. 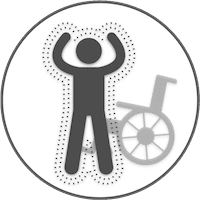 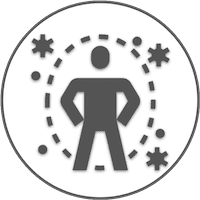 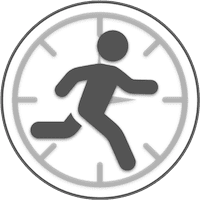 How to reduce risk of infection through food? COVID-19 | Contents

Heal Within® is a chronic disease treatment centre based on an Integrated & Holistic medicine methodology..

Our primary purpose of existence is three-fold: (1) To help patients suffering from chronic disease conditions achieve holistic healing, recurrence prevention and long-term well-being. (2) To educate people into the principles & healing effects of Integrated & Holistic Medicine, and induce in them the confidence to use it when need arise. (3) To educate & influence medical professionals to adopt & use Integrated & Holistic Medicine as a true disease treatment standard.